Malaria continues to be a serious disease with an estimated 219 million cases and 435,000 related deaths from the disease in 2017. In Asia, there were over 200,000 malaria cases in 2017, primarily in 10 endemic countries (Cambodia, China, Laos, Malaysia, Papua New Guinea, the Philippines, the Republic of Korea, Solomon Islands, Vanuatu, and Vietnam). In many Asian countries, malaria has been on the decline over the past decade.

According to malaria prevalence data from the World Malaria Report 2018, after an unprecedented period of success in global malaria control, progress has stalled. Data from 2015-2017 highlighted no significant progress in reducing global malaria. This also has been the case for Vietnam with a marked decline in blood film microscopy-confirmed malaria cases from 22,637 in 2006 to 4,161 in 2016, but a rebound in malaria cases in several provinces of central Vietnam in 2017 and 2018, including Dak Nong province.

The National Malaria Control Programme (NMCP) for Vietnam has set a goal for malaria elimination throughout the country by 2030. There is lasting value to eliminating malaria; nearly all countries (50 out of 63) that have achieved malaria elimination have been able to maintain this status despite the presence of competent vectors, imported cases, and proximity to malaria-endemic countries. Complicating elimination plans in the Greater Mekong Subregion (GMS) further is the presence of multidrug-resistant Plasmodium falciparum parasites, complex vector biology including outdoor biting mosquito vectors, and high numbers of mobile and migrant populations, including individuals, frequently working and sleeping in the forest. Recent molecular epidemiological surveys (Quang HH, et al. unpublished data) and a therapeutic efficacy study of pyronaridine-artesunate (Manh ND, et al. unpublished data) suggest that parasites in central Vietnam are now resistant to dihydroartemisinin-piperaquine, jeopardizing the efficacy of the first-line treatment drug for falciparum malaria. This makes the task of malaria elimination even more important and challenging for Vietnam.

Since 2016, Vysnova has supported NAMRU-2 in conducting over 20 research studies in Vietnam focusing on artemisinin combination therapy (ACT) resistance, novel malaria surveillance approaches of high-risk populations in remote priority locations, assessing new ACTs and malaria vectors. One of the clinical trials that we have done is a study to evaluate the therapeutic efficacy of pyronaridine-artesunate (Pyramax®) in treating uncomplicated P. falciparum and P. vivax malaria, entitled “Pyronaridine-artesunate (Pyramax®) for the treatment of Plasmodium vivax and dihydroartemisinin-piperaquine resistant falciparum malaria in Dak Nong province in the highlands of Vietnam” in which Vysnova partnered with the Vietnam Military Institute of Preventive Medicine with technical support from the Australian Defence Force Malaria and Infectious Disease Institute. After the research’s completion, the study findings were presented to the Vietnam Ministry of Health (MOH). The results from our study, in conjunction with similar work conducted by other institutes in Vietnam, led the Vietnam Ministry of Health’s decision to use Pyramax drug for treatment in some malaria hot spot provinces of the central highlands of Vietnam.

Read More Project Updates and Spotlights on Our Blog 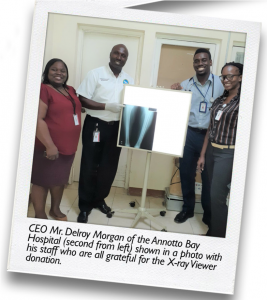 What is Plasmodium falciparum? Plasmodium falciparum is a unicellular protozoan parasite of humans and the deadliest species of Plasmodium that causes malaria in humans. The parasite is transmitted through the bite of a female Anopheles…
https://www.vysnova.com/wp-content/uploads/2021/04/Pyronaridine-Artesunate-Pyramax®-for-the-Treatment-of-Artemisinin-and-Piperaquine-Resistant-Plasmodium-falciparum-in-the-Central-Highlands-of-Vietnam-1.png 1080 1080 Julixa Newman https://www.vysnova.com/wp-content/uploads/2018/08/vysnova_logo-no-background-002-300x109.png Julixa Newman2021-04-22 17:50:512021-04-23 10:06:29Success Story:Pyronaridine-Artesunate (Pyramax®) for the Treatment of Artemisinin and Piperaquine-Resistant Plasmodium falciparum in the Central Highlands of Vietnam 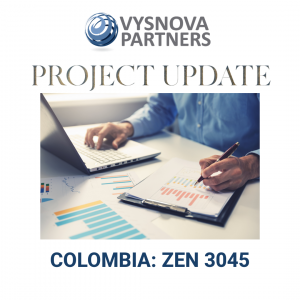